It is inevitable: at this time of the year, we must also make our  thoroughly analyzed predictions on mobile trends for this year. Some things are already obvious if you add 1+1. Other things (more at the bottom) are just wishful thinking. The fact that we were not bad in the previous year can be read here.

We live in an increasingly mobile-connected time and for many, it is now the time to commit to a mobile strategy. Already in 2015 80 percent of users had their mobile phone within a radius of 1 meter around them - 24/7. 72 percent of all users check their mobile phones at least once per hour. Most of this time – 90 percent – is spent within apps.

To leave the field here only to Facebook, Google & Co. can end up costly in the long term.

This year we will see the continued trend that even small and medium-sized enterprises discover apps and dedicated mobile web offers for themselves. What are the other major trends in the mobile world in 2017?

Internet usage on mobile phones is quite different from usage on the desktop or notebook. Nobody wants to conduct complex searches to find the right information. Only the best offerings are available at the right place at the right time. In order to be present at the device of the customer, the context of the user has to be considered.

The promising presence during these micro-moments, however, requires extensive content planning. In addition to investing in mobile services, one must constantly ask questions such as "What could the user want to know when and where?". Mobile marketing is therefore not a quick one-time thing, but an ongoing process, which is accompanied by continuous learning from data.

There are three criteria:

Talking about mobile marketing – smartphones are also fueling the "out of home advertising" because they are perfect response tools. Displays in the public space increasingly replace paper walls and finally become smarter with beacons.

This means that purely static campaigns are outdated and continuous maintenance and upgrading of the content is now mandatory. It also needs to take the user's location or situation into account. The technology for this is already here.

2. From Android to Andromeda

The market share of Android continued to grow in 2016 to a staggering 85 percent. Apple's iOS lost a bit and runs now on 14.3 percent of all new smartphones. Microsoft's Windows Phone shares the remaining 0.7 percent with all other mobile operating systems.

Nevertheless, there is a big frustration in Mountain View. The current Android version 7 (codenamed "Nougat") was released on August 22nd but is installed only on 0.4 percent of all Android devices by December. A number small enough to count. No Android version has ever started that slow even though Google supplies its hardware manufacturers six months prior to launch with regular beta versions.

This is also a serious security problem, especially since even critical updates only in rare cases arrive at user's devices. Adding the dependency on the Java owner and arch-enemy Oracle could lead to a radical change at Google. Android could already get an expiration date in 2017!

A completely new mobile operating system with the codename Andromeda has been rumored for quite some time. It will bring major changes, especially with the development of apps. Java could be abandoned in favor of Google's "Go" language. It's more modern and developer-friendlier than Java. It also executes code much faster. Finally, Andromeda will also replace Chrome OS and become a unified platform like Windows 10.

It will be thrilling to see how Google will shape the transition period and how much it will dictate hardware manufacturers. In June, at the developer's conference I/O, we will certainly learn more.

The QR code is by no means dead. On the contrary, we already saw a clear comeback in 2016, which will intensify further in 2017. The reason for this lays in its ease of use and the fact that it can be printed for free everywhere. It basically it makes only one thing and this very good: it encodes and decodes text like URLs. And if you still don't believe in the square codes, just print the URLs on boxes – it's just harder to use.

In 2017, we will see that especially product boxes will feature QR codes (in the high-price segment they will come with NFC chips). The resulting possibilities are manifold:

Such added value is easy to achieve on the smartphone. On the desktop, this is hardly possible at all.

iBeacons and Eddystones will have established themselves in the mobile marketing mix in 2017. The quality of the Beacon apps will, however, separate the wheat from the chaff. If one does not create a state-of-the-art user interface or make the best use of a smartphone's functionality, he or she will hardly have a chance with customers.

Companies that are ordering expensive (though lowering in price) apps want to get the full potential. Overprized but simple web container apps are outdated, fast, and native apps with enhanced functionality are "in". What features do we mean by this?

That said, quickly assembled 08/15 web apps are mega-out! The future belongs to native apps, which offer a clear functional added value as well as an elaborate usage concept.

It is impossible to just load work at an app developer and leave. The design of features and content (the most important component of such projects) requires extensive resources within the company itself. And in the case of content, it needs employees who can draw from their full potential. A multitude of media forms – especially audio and infographics – is more important than ever.

5. End of roaming in Europe 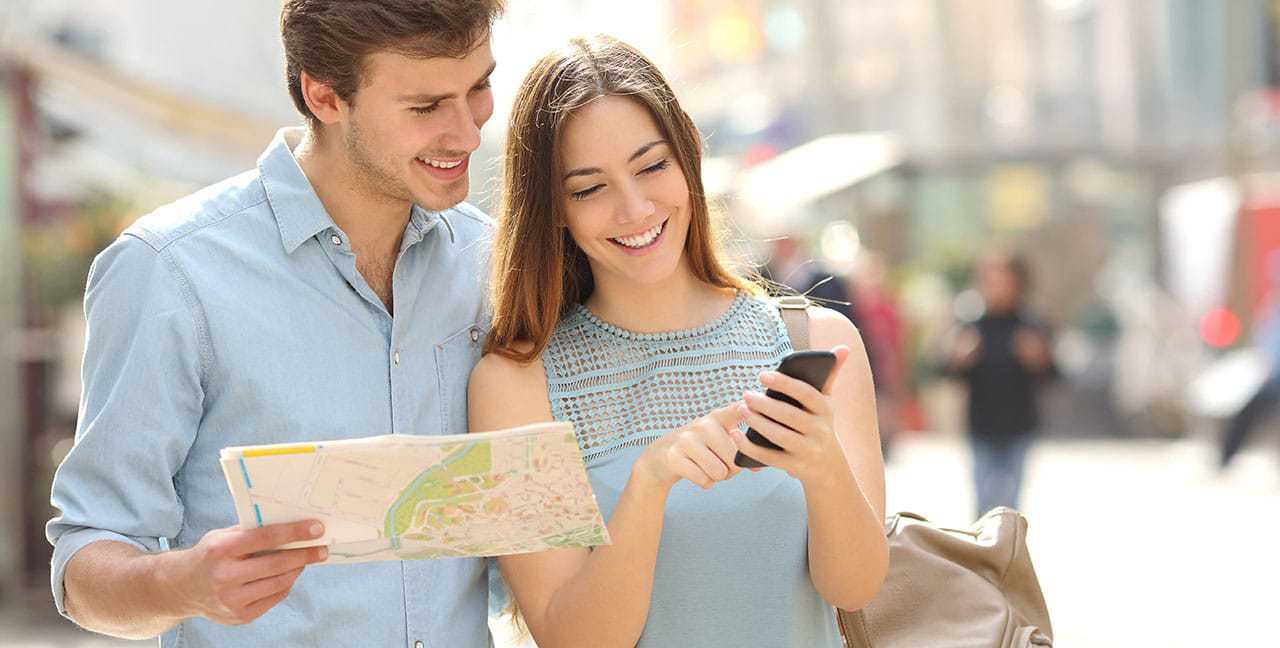 As of June 15, usage of mobile networks could become tougher in some touristic hotspots. The reason: Italians, Germans, Dutchmen, and all other tourists can use their mobile phones abroad as they are used to from home. No extra fees for roaming may be charted within the EU, as well as Liechtenstein, Norway, and Iceland. In our blog, we have already reported on it several times.

However, this also poses new challenges for tourism destination organizations, museums, and similar institutions, which must be prepared as soon as possible for the next summer season.

What do you think? What's coming next? In what points do you have another opinion?
Please, leave a comment!