Providers promise for 2016: Faster Internet in the Alps

Even in the countryside, it is worth thinking about mobile services. The mobile Internet on the mountain is not always a rocket, but there is good news: It’s getting better with the digital dividend!

With lower frequencies, it takes fewer cell towers to cover a larger area. Not only in Austria but throughout Europe, the analog TV has been replaced by digital TV in recent years. Thereby a lot of frequencies in the low range (700 to 900 MHz) are freed up and offered mobile carriers.

The crucial question is: When will rural areas benefit from fast LTE services? Already this year? We asked the three Austrian providers. 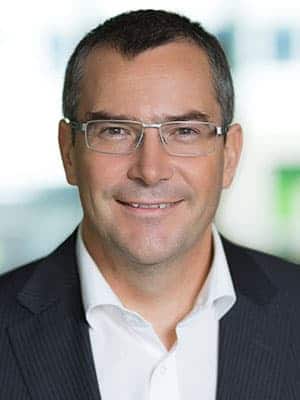 ARMIN SUMESGUTNER: Mobile broadband in the rural and alpine regions is already a reality. A1 has already more than 2000 LTE stations in the frequency range 800 MHz in operation throughout Austria. It may happen that very remote locations are outside of the service area. But we also have a solution for that – namely with directional antennas.

SUMESGUTNER: By the end of 2014 the frequencies in the 800 MHz spectrum were auctioned and A1 secured a very attractive package. The expansion is currently in full swing. Overall, we have achieved approximately three-quarters of the population with LTE and plan to the end of 2016 largely complete the expansion.

Will rural areas be better served with those lower frequencies?

SUMESGUTNER: Yes, the propagation characteristics of this frequency range are very favorable and therefore particularly well suited for rural and alpine areas.

SUMESGUTNER: In areas with LTE we serve 150 Mbit/s per sector. At one site, we usually have three sectors, for a total of 450 Mbit/s. This bandwidth is shared by all customers in this area. In practice, the customer, depending on the number of other users and the distance to the mobile station can get approximately 30 to 70 Mbit/s.

SUMESGUTNER: The majority of base stations that previously only had EDGE supply were already complemented with 4G/LTE. In addition to the further LTE expansion, we examine more ways to increase the capacity of stations with low bandwidths. 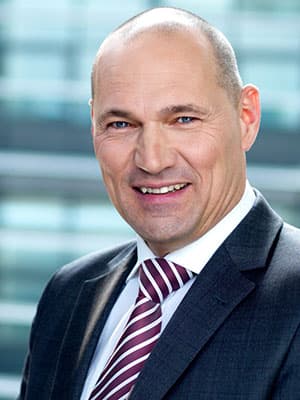 RÜDIGER KÖSTER: Fast mobile Internet is there not only since the introduction of LTE but ever since 3G. T-Mobile supplies around 94 percent of the Austrian population with its 3G network. We cover now more than 90 percent with LTE and by the end of the year even more than 95 percent. 2G, voice and basic internet are supplied to 99 percent. It is difficult at mountain huts, very remote houses, hills and valleys, where people indeed get on walks and excursions, but which are not inhabited in actual sense. In Austria’s difficult topography white spots will remain on the Internet map for a while. For such places, however, there is a viable alternative: broadband via satellite, whose prices are comparable with the mobile internet.

KÖSTER: The 800 MHz frequency, the so-called digital dividend 1, is already being used for LTE. 900MHz has long been used for mobile communications, but so far only for 2G (voice and basic internet). The frequency around 700 MHz, the so-called digital dividend 2, must be advertised to use – this has to be decided by the regulator RTR. From the perspective of mobile operators: The sooner, the better.

Will rural areas are better and faster served with those lower frequencies?

KÖSTER: We are currently building 50 new cell stations per week and we could raise our LTE coverage to 90 percent last year. This constitutes the largest expansion program in the company’s history. On our website, we offer a map in which you can check the availability for a specific address.

KÖSTER: You cannot generalize. As I said, 90 percent of all Austrians are supplied from T-Mobile at their home, at work or on the go with LTE and 94 percent with 3G. Even more, if you are covered with 2G – displayed as an E – which is basically enough for Facebook, email or WhatsApp.

KÖSTER: Not so soon, because it’s still a backup for some indoor location, basements or in very remote regions. Even where there are very good LTE and 3G coverage EDGE will still be available, as a kind of safety net. Also, for example, for many applications of the Internet of Things, IoT short, where bandwidth plays not a great role. 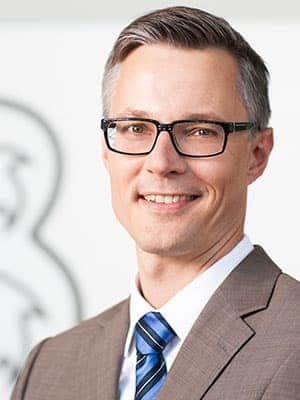 JAN TRIONOW: Since August 2015, Three covers 98 percent of Austrians with LTE and provides the largest LTE network of all Austrian operators. So, many rural areas – like most ski and tourist resorts – benefit for the first time from the super-fast mobile Internet. Especially in ski and tourism areas, we will optimize our network continuously. Our victory in the last network test by the magazine connect is a particular satisfaction for Three. After two years of intensive network expansion, the engineering team has more than earned this recognition. Annually Three been investing a three-digit million amount in network expansion. Overall, the nationwide LTE expansion required some 1,100 man-years. The 3Network has been extended in recent years by 50 percent. Almost all broadcasting stations were thereby upgraded to LTE. Due to the challenging Austrian topography, it is very difficult to supply 100 percent of the population with LTE. Think of climbers: The emergency call can of course also be issued in areas where Three offers no coverage.

TRIONOW: The frequencies of the 800 MHz frequency range (digital dividend 1) are already in use. A few months ago, the Federal Ministry of Transport, Innovation, and Technology has announced that the digital dividend 2 (700 MHz range) can be used from 2020 on.

Will rural areas are better and faster served with those lower frequencies?

TRIONOW: Lower frequencies have better propagation characteristics and require fewer stations to an area to be able to supply.

TRIONOW: All three Austrian operators are expanding their networks in the frequency bands below 1000 MHz. Thus, the supply is being improved.

TRIONOW: We have achieved as noted a huge milestone in our network expansion in August 2015. Now we are constantly optimizing. A network is alive and constantly evolving. Within the Alpine area, we mainly focus on ski resorts.

TRIONOW: EDGE currently offers a basic service in areas without LTE. Through ongoing optimization measures, the use of EDGE will continue to decline.

Till the end of the year, so the three asked providers, the frequencies from the digital dividend will be set. But still, some blank areas will remain. That means for all the hikers, bikers and other mountain sportsmen: finally sharing pictures on Facebook directly on the top of the mountain. And tourist destinations have to ask themselves: What can I provide on the phone for my visitors?

You can find ideas on the possibilities in tourism here: Mobile information systems in tourism.